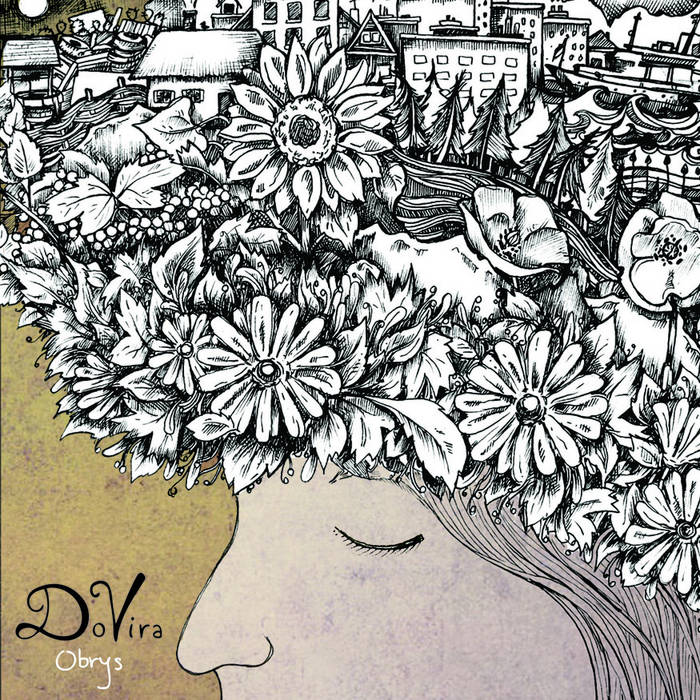 Ivan Vorobkalo It makes You feel the world is better then it is. Charming voice, charming music. Favorite track: Nese Halya Vodu.

'Obrys', or 'Outline' is the debut release from DoVira, whose name translates to 'trust' in Ukrainian. The EP features re-mastered versions of their successful debut singles 'Nese Halya Vodu' ('Galia Carries Water'), 'Oy Chyj To Kin' Stoit' ('Whose Horse Stands There'), and 'Jihav Kozak Mistom' ('The Cossack Rode Through Town'). Also included are two exciting new releases: 'Oy U Nedilenku' ('Oh On a Sunday'), a progressive rock composition based on a rare theme dating back to the Tatar slave raids, and 'Ty Zh Mene Pidmanula' ('You Fooled, Deceived Me'), a soulful version of a well-known folk tune.

DoVira is a project where people of different cultures and musical backgrounds work together creatively. Ukrainian musical traditions are an 'Outline'. Everything else is open to possibility...

DoVira [do-VEE-ruh] is a Canadian group that fuses Ukrainian and Eastern European folk music with jazz, rock, experimental, and other world music influences.

Bandcamp Daily  your guide to the world of Bandcamp